Projects in Flint, Grand Blanc and Grand Blanc Township are among the 15 communities of the I-69 Thumb Region awarded $2,000 each from the state’s Placemaking Mini-Grant Program. The program, funded with financial support from the Michigan Economic Development Corp. and administered by the I-69 Thumb Region partners, was established to help communities implement small impactful projects that encourage and contribute to a stronger sense of place.

“The goal is to provide some financial support, by way of a grant, for local governments or nonprofits to do something that could have a positive ripple-effect in their communities,” said Tyler Rossmaessler, director of economic development at the Flint & Genesee Chamber of Commerce, one of the seven partners of the I-69 Thumb Region.

In Flint, the Friends of the Alley will use its grant to beautify the undeveloped areas off Brush Alley (lot adjacent to Cork on Saginaw) with fencing, paving and electrical outlets. The revamped space will be used for small concerts and other social gatherings. 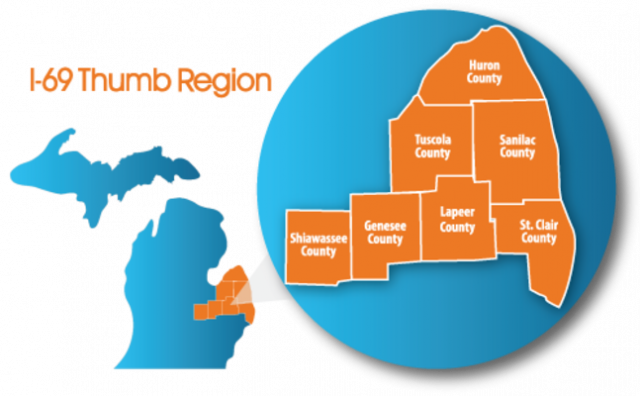 Other projects in the region awarded grants:

Placemaking has an important role in the realm of community and economic development, according to the Project for Public Spaces, a nonprofit organization dedicated to helping people create and sustain public spaces that build strong communities.