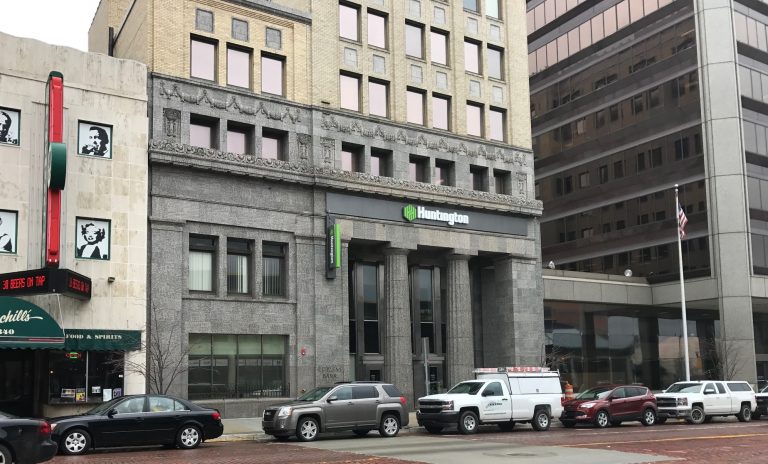 LANSING, Mich. – In the latest progress toward attracting businesses and employment opportunities to the city of Flint, Huntington Bank will create 60 new jobs and invest nearly $5.4 million in the heart of downtown at its complex on Saginaw Street across from the University of Michigan-Flint campus. The Michigan Strategic Fund (MSF) approved a $450,000 performance-based grant to support the company’s commitment of the capital investment and creation of new jobs at the site.

“These investments by Huntington and the cooperation between the State of Michigan and the City of Flint are great examples of how, by working together, we can create more jobs for Flint residents and help move Flint forward,” said Gov. Rick Snyder.

“This is another impressive demonstration of Huntington’s commitment to Flint, and a catalytic development project in the ongoing coordinated effort – from city to state level – to attract businesses and jobs to Flint,” said Steve Arwood, CEO, Michigan Economic Development Corporation, the state’s chief marketing and business attraction arm that administers programs and grants in addition to performing due diligence on behalf of the MSF.

“Huntington is passionate about economic development and revitalization in Flint as we continue to grow here and within the surrounding area,” said Sandy Pierce, chair of Michigan, senior executive vice president, Private Client Group and regional banking director at Huntington. “Contributing to Flint as an expanding employer offers a way for us to demonstrate direct support for the community.”

Huntington’s venture in downtown Flint includes renovation to expand its call center at the former regional headquarters of FirstMerit, which the bank acquired in 2016. The 60 new positions are related to call center duties and commercial banking jobs. MSF’s incentive lowered the overall costs to below the level of relocating the call center at a competitive site in Ohio.

“The city of Flint and its residents appreciate Huntington and the Michigan Strategic Fund working together to bring investment and jobs to downtown Flint with this call center expansion,” said Flint Mayor Karen Weaver. “We know Flint is a good place to invest, and we hope to see more businesses do so in the future.”

“Downtown Flint is a great location to expand our area workforce,” said Greg Viener, Huntington’s Flint community president. “It combines access to top talent with supportive community partnership, all working together for the betterment of the city.”

In addition to its current private investment, Huntington is reaching out to small business in Flint as part of Pure Michigan Micro Lending Initiative, which is available to business owners and entrepreneurs looking for funds to assist in locating or expanding their companies in the city.

The program lends from a few thousand dollars to $250,000 to businesses that are not eligible for traditional bank financing. (The $2 million program is administered by Metro Community Development.) Huntington has also pledged $20 million in Small Business Administration-backed lending to small businesses in Flint as part of a total $25 million economic development initiative in partnership with FlintNOW.

“Today’s announcement is more great news for the city of Flint, the downtown core, and Flint and Genesee County workers,” said Tim Herman, CEO, Flint & Genesee Chamber of Commerce, which has partnered with Huntington and FlintNOW to deploy $1 million in emergency grants to Flint business impacted by the city’s water crisis.

“Huntington has been an outstanding community partner providing significant resources to help Flint move forward,” said Herman. “The call center project further demonstrates the company’s support of the region’s economic growth. And we are very grateful.”

In the last year, there have been positive signs of long-term economic growth in Flint, including:

Using a proven model that brings together businesses with suppliers in a “supply meets demand” online arena, MEDC has established a Flint-specific PURE MICHIGAN BUSINESS CONNECT — Flint, a specific web-based portal to help businesses around the state and country connect with Flint-based companies.