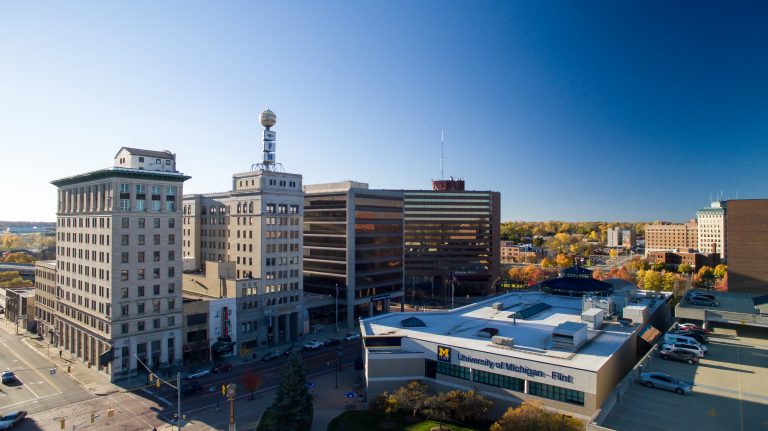 The future of Flint and Genesee County depends greatly on the investments made yesterday, today and tomorrow. And based on the returns thus far, the outlook for a thriving 21st century urban center in the next few years is very promising.

That’s because the Flint area is “comprised of forward thinkers and doers,” said Chamber CEO Tim Herman, to more than 400 guests in attendance today at the Holiday Inn Gateway Centre.

“We have a clear vision of what can be accomplished leading up to the year 2020,” Herman said. “And there are a lot of good, smart people working to make our vision a reality over the next three years.”

In addition, Steve Landaal, President of Landaal Packaging, was elected Chair of the Flint & Genesee Chamber’s Operating Board of Directors for a one-year term. He replaced Past Chair Robert Rummel, Senior Vice President at Chase.

Before detailing the Chamber’s accomplishments from the past year, Herman shared several data points as evidence of the region’s momentum, including:

“In 2016, Flint and Genesee County continued to make forward progress on important measures, despite some of the challenges we faced,” Herman said. “When you look at

the numbers – not only in 2016 – but over the past five years, it’s clear that Flint-area businesses are growing, expanding their workforce and painting a clear picture that the region is moving forward.”

Following are 2016 accomplishments directly related to the Chamber’s economic development, tourism and education efforts, and other programs and services:

Landaal said the Chamber and region made significant strides in 2016.

A copy of the Chamber’s Annual Report is available online at flintandgenesee.org.