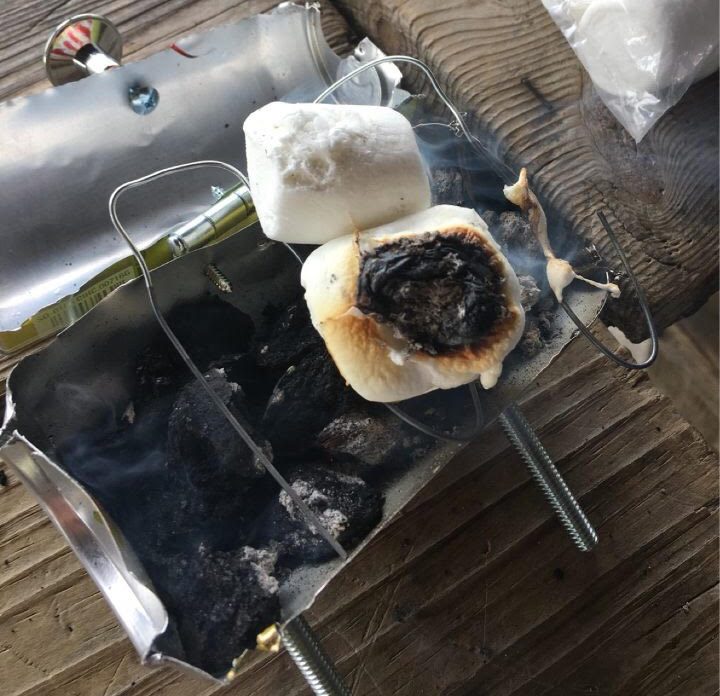 Fifth graders from Dye and Randels elementary schools took advantage of the beautiful weather by cooking out with a little innovation last month. Students made their own grills using a pop can and wire hanger as part of a STEM activity. They cut the can down the middle, with one half serving as the top of the grill and the other as the bottom where they put charcoal. The students then cooked the s’mores and hot dogs under adult supervision.

Honing communication skills at a young age can help students as they continue their academic journeys and prepare for professional goals. Students in the Media Club at International Academy of Flint learned how to shoot and edit videos of other clubs and activities happening with YouthQuest. The club members interviewed other students and staff about the activities, all while conducting themselves in a professional manner.

The 61st Greater Flint Olympian and CANUSA Games kicked off on July 11 at Northwestern High School’s Guy V. Houston Stadium. Several YouthQuest students were among the 1,000 children who competed in a variety of drills – including basketball and track – during the competition’s opening ceremonies. The sporting event’s officials held 16 competitions this summer in effort to find and select young athletes to compete in the 60th Annual CANUSA Games on Aug. 11-13.

High school and middle school students got a glimpse of possible career paths as they participated in exploration courses at Genesee Career Institute and Baker College over a period of two weeks. Students picked from a range of career fields including culinary arts, wiring and construction, welding, cosmetology, health care and screen printing. An emphasis was placed on hands-on experiences. The future doctors in the group, for instance, put on surgery scrubs before learning about how an operating room works.