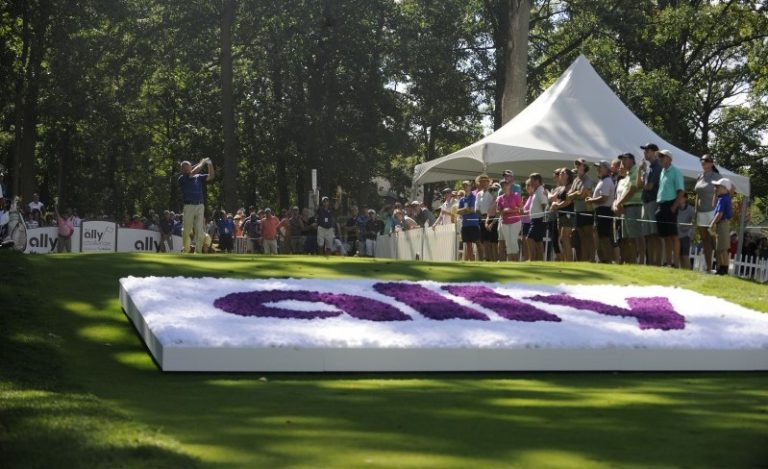 Professional golf returns to Flint & Genesee for its second year with the Ally Challenge presented by McLaren. The three-day golf tournament is an official event on the PGA TOUR Champions owned and operated by Tournaments for Charity, a Michigan non-profit corporation.

Seventy-eight PGA TOUR Champions will play in a 54-hole stroke golf tournament, competing for a $2 million-dollar purse. The three official rounds will be televised internationally on the golf channel.

Golf-lovers from near and far can enjoy four days of excitement at Warwick Hills Golf & Country Club in Grand Blanc. The schedule of events includes:

Official Pro-Am tournament will be in full swing with professional golfers such as Fred Couples up against amateur golfers including musician Kid Rock.

The official tournament begins with an opening ceremony at 9:45 a.m. Gates to Warwick will open at 9 a.m. for spectators to view golf legends including Paul Broadhurst back to defend his title.

Gates open at 7 a.m. with the second tournament round beginning around 7:40 a.m.

The CANUSA 5K Challenge, a race that will follow the Warwick Hills course, will begin at 8 a.m. before the second round of the tournament which starts at 10 a.m. Proceeds from the race will benefit the Greater Flint Olympian Games and CANUSA Games.

At 3 p.m., a foursome featuring Jack Nicklaus, Kid Rock, Dierks Bentley and Henrick Zetterberg will tee off for the Celebrity Shootout. The nine-hole team exhibition match is set to benefit Genesee County Habitat for Humanity and United Way of Genesee County. The pairings for this marquee competition will feature Nicklaus and Kid Rock versus Bentley and Zetterberg. A blind draw will be conducted the day of to determine which charity will be assigned to which team. Each hole will be given a dollar value and the team that wins the most money for their charity will be declared winner of the Celebrity Shootout.

The evening ends with a community concert headlined by Dierks Bentley, American county music singer and songwriter, with opening acts beginning at 5:30 p.m.

Gates open at 7 a.m. with the final round of the tournament starting at 8:30 a.m. A trophy presentation to immediately follow the competition.

In addition to donating the event’s net proceeds to two local organizations – United Way of Genesee County and Genesee County Habitat for Humanity – the event is bringing back Birdies for Charity presented by Ally.

Through the fundraiser, participating nonprofits – including the Genesee Area Focus Fund (GAFF), the nonprofit arm of the Flint & Genesee Chamber – can solicit flat donations and pledges based on the number of birdies made during the September tournament. Whatever they raise, Ally Financial will provide a guaranteed 10 percent match.

This is a great opportunity to raise funding for the afterschool and pre-employment programs GAFF supports, including:

Interested in showing your support for the Genesee Area Focus Fund? To make a pledge or donation, click here.

In the campaign’s first year, 16 Michigan 501(c)(3) charities raised $26,721.75 thanks to the 876 birdies recorded by PGA TOUR Champions players during competitive rounds at the inaugural tournament.