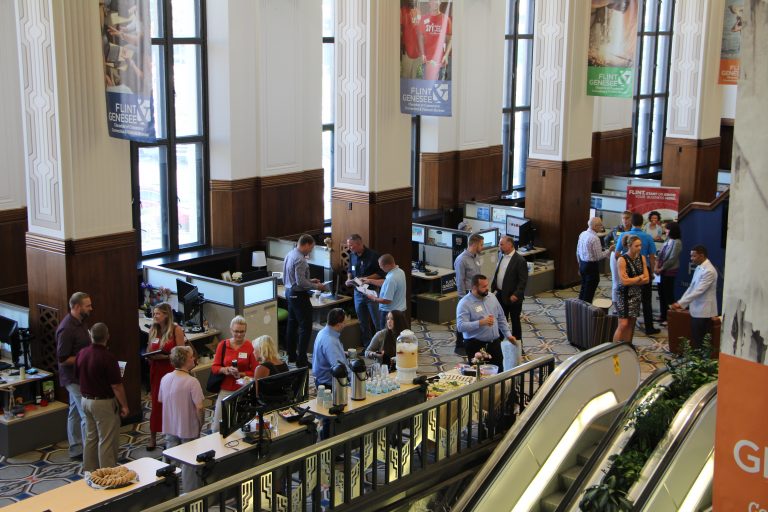 Jennifer Edwards-Johnson, an assistant professor of family medicine, has been named community assistant dean for the Michigan State University College of Human Medicine Flint Campus. In her new position, Edwards-Johnson will continue impressing upon students the importance of caring for the underserved, which is a key part of the college’s mission. She will divide her time between Flint and Lansing, where she sees patients and is a faculty member with the Sparrow-MSU Residency program. In addition, Edwards-Johnson is the course director for the “Caring for Underserved Patients” intersession for first- and second-year students.

“It’s an honor and a great opportunity,” Edwards-Johnson, DO, MPH, said. “I’m excited to serve the Flint community and our college.”

Edwards-Johnson graduated from the MSU College of Osteopathic Medicine, earned a Master of Public Health at the University of Michigan, and completed her residency at St. John Providence Hospital in Southfield. She joined the College of Human Medicine faculty in 2012. She succeeds John Molidor, PhD, who retired July 1 after 46 years of service, including 33 years as community assistant dean for the Flint Campus.

ABC-12 news anchor Dawn Jones is featured in the February issue of Corp! magazine, in the “Women in Business” section. Jones, a Flint native, discusses her work, her approach to leadership and her work, especially as a mother of two, in a Q&A format.

Mark Burton has been interim CEO of Michigan Economic Development Corp. for an initial term of six months. He replaces Jeff Mason, who retired, effective April. 3. Gov. Gretchen Whitmer recommended Burton for the position in recognition of the instrumental role he played in finalizing agreements that helped deliver nearly 11,000 new auto jobs to Michigan last year. The MEDC’s Executive Committee is conducting a nationwide search to select a permanent CEO for Michigan’s marketing arm and lead advocate for business development, job awareness and community development with the focus on growing the state’s economy.

Theresa Hurley is the new director of development for Catholic Charities. She is responsible for the marketing, public relations, fund development and relationship management with donors and external organizations to help advance the organization’s mission and vision. Hurley was formerly director of community relations at Advanced Physical Therapy Center.

Angela Hood-Beaugard is the new executive director of the Flint & Genesee Literacy Network. Hood-Beaugard was selected by the Network’s steering committee and Mott Community College. She was previously vice president of community development at Metro Community Development where she initiated a transparent financial reporting system among homeless funding sources to drive the communal awareness and efficacy for the county. A Flint native, Hood-Beaugard more than 30 years of management experience, largely in the private sector, and holds an MBA and a BS in accounting from Northwood University, and an associate’s degree in accounting and business management from Mott Community College.

Eric Andreychuk has been promoted to director of grants and development for the Flint & Genesee Chamber of Commerce. Andreychuk joined the Chamber s grants coordinator in 2015 and was promoted in 2019 to lead grants & data specialist. He served as interim director after former director Lottie Ferguson joined Flint Mayor Sheldon Neeley’s administration.

The Greater Flint Health Coalition, a nonprofit focused on improving the health of citizens in Flint and Genesee County, is relocating its headquarters to downtown Flint with support from the Michigan Strategic Fund. The project is anticipated to generate a total capital investment of $2.8 million and create 20 full-time direct jobs in the healthcare sector. Mid-Michigan Health Consortium, LLC is redeveloping a vacant, three-story building on First Street at Buckham Alley for the new the headquarters. The project consists of renovation of a 12,000-square-foot commercial office building that has been vacant for more than two decades. The building will undergo structural repairs and have new high efficiency mechanical equipment and lighting installed. The project meets the strategic objectives of both the MEDC and local partners of transforming underutilized properties into vibrant areas.

The Michigan Strategic Fund awarded the project a $401,049 Michigan Community Revitalization Program performance-based grant. The city of Flint has committed a $185,000 in Community Development Block Grant façade award in support of the project. Philanthropic support for the project includes a $500,000 grant from the Charles Stewart Mott Foundation, a $100,000 Michigan Health Endowment Fund grant, and a $75,000 grant from the Daniel and Pamella DeVos Foundation. The building was donated by Skypoint Ventures and has an estimated value of $365,000.

E&L Construction Group on Feb. 28 won two awards for construction management excellence at the Annual Build Michigan Award Ceremony in Plymouth. E&L was honored for its work on the Flint Cultural Center Academy and the Phoenix Warehouse Renovation (the former Delphi East site on Averill Road).

The Flint Cultural Center Academy was an extremely aggressive 13-month completion, ready for occupancy on the first day of school. This 78,000 sq. ft charter school has 27 classrooms, gym, cafeteria, and multiple learning spaces, including a massive 22-foot wide interactive staircase call the “Learning Stairs” for out of classroom collaborative learning. The Phoenix Warehouse Renovation was an abandoned, partially demolished, contaminated building and renovated into a 550,000 sq. ft. warehouse with 10 grade level doors, 17 truck docks and a fenced parking lot.  Although faced with numerous obstacles including no utilities on site and extensive contamination, E&L was able to finish on an accelerated schedule.

“We are very proud to be the recipients of these awards. Whether it is a brand-new facility or a renovated project, we are proud to have a part in rebuilding Flint,” said, Greg Kreuger, E&L president and CEO.