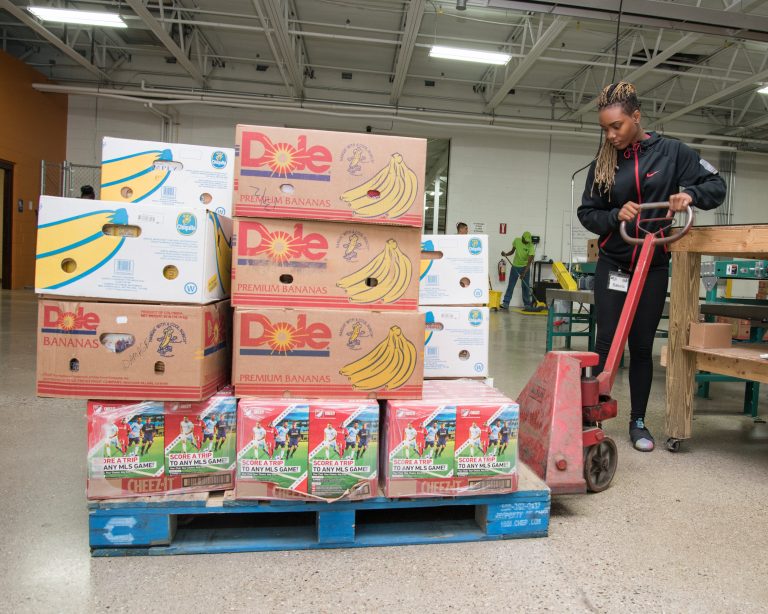 Nearly 400 teens are participating in Summer Youth Initiative this year and – whether this job is their first or their third – they’re taking an important step toward their future. According to a poll by skratch, an employment app for teens, 90 percent of adult respondents said on-the-job experience had an important impact on their success.

James Avery, director of Education and Training for the Flint & Genesee Chamber of Commerce, isn’t surprised by these findings.

“In TeenQuest, we focus on giving students the tools they need to get and keep a job,” Avery says. “But what they learn on the job is just as important.”

That sentiment is echoed by Nancy Edwards, recreation program and grants officer at the Genesee County Parks & Recreation Commission, a Summer Youth Initiative job site. According to Edwards, the skills people take from a job can be beneficial to a person’s future.

“Sometimes we get stuck,” says Edwards. “I make sure that our employees think about the skills they have and find where they are translatable, so they can broaden the view of what they can do.”

She adds that it’s important for teens to think of how they can use the skills they learn in one job and apply it elsewhere. That way, when they apply for their next job, they can sell themselves in an interview.

Another important factor when working a summer job is building a network according to Edwards.

“You never know when someone will show back up in your life,” says Edwards. “You want to make sure that you build a connection with your supervisor in case you need to use them as a resource in the future.”

Students who put their best foot forward have the opportunity to use former employers as references for future employment. Although, Edwards notes, it is always good to check in with former employers before using them as a reference. That way, you can confirm that the organization’s policy allows for it and avoid catching your former employer off-guard with an unexpected reference call.

TeenQuest and Summer Youth Initiative are made possible through the generous support of the Charles Stewart Mott Foundation.