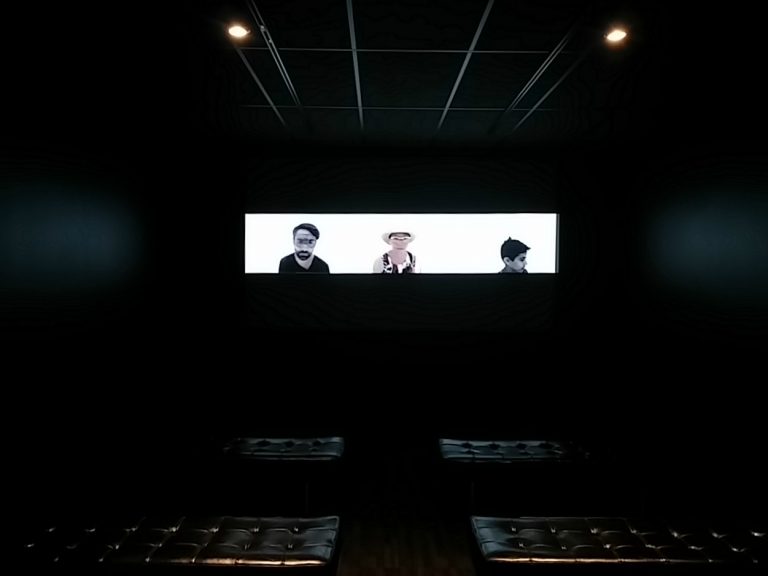 Since 2011, the Truth Booth — a portable, recording studio from the Cause Collective — has been touring the world, asking those who step inside it to finish the sentence, “The truth is…”

“With all of the things that have been in the news over the last year-and-a-half or more, we felt it was important to bring this project to Flint,” says Stephanie James, Director of the Flint-based gallery. “There have been so many people speaking on the behalf of others, and this provided an opportunity for residents to voice their own feelings, thoughts and concerns.”

In Flint, the booth visited three locations: the MW Gallery, the Hispanic Technology & Community Center of Greater Flint and Hasselbring Senior Center. Several people commented on the water crisis, and many shared their ideas around the themes of life, love and respect for one another, according to James.

“A lot of people responded in a comical, lightweight manner,” James says.  “Others treated it almost like a confessional, divulging things that were close to their hearts — their hopes and fears. It’s very moving.”

Down the hall from the video gallery, visitors at the MW Gallery can also watch an eight-minute documentary about the project by Detroit-based filmmakers, The Right Brothers.

“The Truth is I Hear You” is part of the gallery’s new exhibition, “Where Do We Go From Here?” — which features art by Emma Amos, Radcliffe Bailey, Dawoud Bey, Adrian Piper, Lorna Simpson and others.

Located at 815 S. Saginaw St., the MW Gallery is open from 11am to 6pm on Thursdays and Fridays and 11am to 5pm on Saturdays. It is open until 9pm on the second Friday of each month.

Photo: Video still courtesy of The Cause Collective