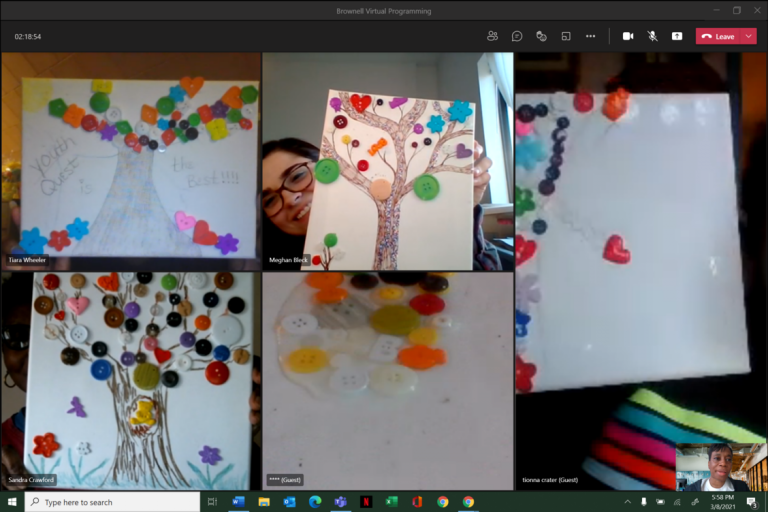 At Freeman Elementary, students practiced their spelling and sight words, which are words that students memorize in order to recognize them without using phonics, with the online game Skrible.io. The game, which is like Pictionary, helped instill words learned during day school and provided students with a fun, engaging activity. Each student took a turn picking the secret word and then drew it on the screen for the other students to guess. Once a student guessed a word, they also had to spell it to help reinforce their language skills.

In March, Middle and High school students at International Academy of Flint were exposed to a variety of cultures through cooking. In the Unconventional Cooking Club, students learned about nutrition while cooking food from different cultures. Students also discussed the culture from which the different dishes came.

In order to instill the importance of movement in a virtual setting, learning guides at Eisenhower Elementary started the program with a dance party ice breaker. At the beginning of virtual program, a learning guide would start a playlist of new songs and everyone attending would get up from their seats at home and dance. This encouraged students to participate in movement in a fun and engaging way and instilled that exercise can come in many different forms.

Students and their families at Brownell STEM Academy participated in a fun and engaging service-learning project in March. During a virtual family night, everyone got together and learned how to make homemade laundry soap that was then donated to Carriage Town Ministries where it could be given to people in need. Not only were families able to give back to the community they also learned a skill they could use at home.